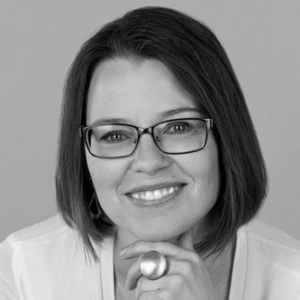 From an early age, Monica Bakka had a keen interest in jewelry. She attributes that to her grandmother, who worked at a jewelry store in Øvre Årdal. Detail oriented, she paid attention to shapes, colors, and craftsmanship, teaching Monica the pleasure of using one's hands to create.  Nevertheless, pursuing one's dreams often requires a departure into a traditional career path. However, many people get caught up in corporate life, losing sight of their dreams altogether.  But that was not the case with Monica Bakka.  She demonstrates that discipline and rigor are transferable from one profession to another.

After studying English, doing an exchange at the University of North Dakota School of Law, and graduating with Master of Tax Law from the University of Oslo in 2002, she worked for the local Tax Office in Stavanger.  Almost three years later in 2005, she accepted an offer at Deloitte: one of the world’s most prestigious accounting and consulting firms. Over the course of eight and half years, she climbed the ranks from Consultant to Senior Lawyer, specializing in international taxation and social security.

As she was searching for jewelry to wear to her own wedding in 2004, she started making jewelry as a hobby, rekindling her childhood interest.  Over the following years, she attended courses at Raulandsakademiet, Smykkeskolen in Oslo, Jon Rysstad at Bryne, and The Center for Jewelry design in Denmark. As she took courses, invested in tools, and learned from others, she realized that this is what she wanted to do.  She started her transition into jewelry in 2012, working 80% of the time at Deloitte.

She worked part-time for a local goldsmith and sold her pieces through a few shops.  Hence, working full-time as a jewelry designer started to look more realistic.  In 2014, she took the leap, going all in to pursue her dream, starting her company.  She chose BAKKA not only for her last name but also after the small farm in Åbødalen in Sauda (a county in Western Norway), where her ancestors trace back to the 17th century.  She apprenticed at Gullsmed Kluge in 2015 and passed the Swedish Exam (practical goldsmith exam) in 2017.  She hasn't looked back since.