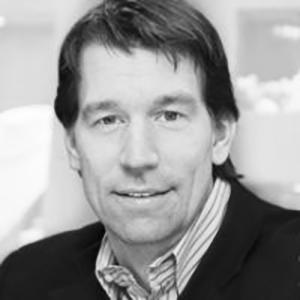 For over 300 years, the Heyerdahl family has been famous throughout Scandinavia for their expertise with fine jewelry, diamonds, gemstones, and luxury watches. Many also recognize the family name because of their relative Thor Heyerdahl (1914-2002): one of the world’s most celebrated explorers - best known for crossing the Pacific on the Kon-Tiki. Friderich Frabricius with his wife and Queen Sophie Magdalene’s crown

Although the Goldsmith Heyerdahl business entity was founded in 1972, the family legacy of goldsmiths dates back to the 17th century. Friderich Frabricius (1683-1755), a direct descendant, was in the Danish Royal court. He crafted the crown for Queen Sophie Magdalene in 1731. In that time and through her marriage with Christian IV, she was the queen of both Denmark and Norway (when Norway was a part of the Danish Kingdom). Today, the crown is recognized as a superb piece of craftsmanship. It still can be seen at Rosenborg Castle in Denmark.

Born in 1967 in Forchheim (considered Germany's jewelry capital) to Norwegian parents, the family returned to Norway a year later when they finished their gemological studies.  He also has a younger sister that now works as an industrial designer in Oslo. From an early age, Thomas’s parents encouraged creative pursuits. He learned the jewelry trade from his father, working alongside him during in his formative years. In school, he was an average student but excelled in artistic related subjects.

He studied business administration at BI Norwegian Business School in 1994 followed by a three-month course in gemological studies at DGemG (German Gemmological Association).  Although he mostly enjoyed drawing and working with his hands, he was also an avid freestyle skier. He made the Norwegian national team and attended the tryouts for the 1994 Lillehammer Winter Olympics. Today Thomas is married with two kids, living in Oslo.

Thomas Heyerdahl defines his style as both contemporary and experimental. Collaborating with iconic brands, he likes to take risks, creating exclusive products and designs never seen before:

Apple: The iDiamond MP3 player: 18K solid gold with 430 diamonds. The world’s most expensive iPod was sold at the "Fiest of Albion" charity dinner auction in London for $44,000. Audi: The A1 Diamond Edition car (2013) was limited to just 57 variants, corresponding to the 57 facets in a brilliantly cut diamond”. Features include a gearstick accented with 24 half-carat diamonds and a cosmetic box filled with exclusive products from Guerlain.

Nokia: 8800a Diamond Arte limited edition mobile phone with 182 diamonds in total. Only 1299 units ever made. TAGS: While his kids had their friends over for a party, Thomas Heyerdahl observed a pile of sneakers in the hallway. From afar, they all looked the same. How could they even recognize their own pair? While pondering how to tell them apart, he had an "aha" moment: what if he could design a cool jewelry product, allowing the kids to customize their favorite sneakers, creating their own style.

This concept builds on previous collaborations with well-known companies like Apple, Audi, and Nokia. The unique combination of high-quality materials with famous brands are the hallmark of exclusive Heyerdahl concepts.

TAGS by Heyerdahl are produced in Sterling silver, encrusted with 90 cubic zirconia stones or in solid 18K yellow or white gold, encrusted with 90 diamonds. The silver edition is available in several different finishes: smooth silver or plated with gold or platinum. Moreover, the silver edition offers a multitude of cubic zirconia stones. In addition to the standard offerings, the colored stones can be arranged according to your specifications: flags, stripes, or symbols. Also, instead of using stones, TAGS can be engraved with your name or initials. The solid 18K gold TAGS are produced in numbered limited editions and use white conflict-free diamonds.

The product targets sneaker lovers who want to distinguish their sneakers by adding their own style. TAGS by Heyerdahl are designed as a unisex product. They can be used as pairs (one on each shoe) or with several TAGS on each shoe by using “straight bar lacing”.

In addition to the Norwegian Royal Family, well-known customers include international celebrities like Rihanna. In February 2009, Sotheby’s recognized Heyerdahl as one of the “Best of the Best” in design for the iDiamond Airpods.

Goldsmith Heyerdahl has two store locations in Oslo, Norway: one high street location in the city center at the Paleet shopping center on Karl Johan. The other store is in the CC Vest Shopping Mall in Lysaker (Bærum), just west of Oslo.