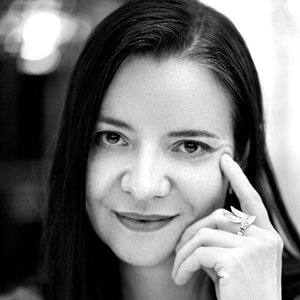 Situated in Finnsnes, a small town in northern Norway, Ina Gravem Johansen, deeply inspired by nature, breaks up naturally occurring forms, later reassembling them in different ways. The results are stylized expressions, which are edgy yet elegant. Ina’s work compliments both contemporary and traditional fashion.

Troms is the second most northern of the nineteen Norwegian counties, known singularly as Fylkeskommune. Tromsø, the major city, is a well-traveled destination for those seeking the northern lights and star-filled skies. Characterized by snow-covered mountains, mysterious forests, and a wild sea that runs along an indented coastline, it is one of Norway’s least populated regions and among the cleanest places on Earth. Diverse and crossing many dimensions, Ina’s designs are sewn together by a common thread, communicating individuality and self-expression. She says, “Be yourself – be a queen.”

Ina’s skills encompass not only the gold and silversmith trade but also the stone setting one as well. Her jewelry production, from start to finish, is done in Norway. Starting her career in 2005, she studied theoretical gemology and stone setting at Luleå Technical University (LTU) in Sweden. During that same time, she apprenticed as a goldsmith at Kristallen (Sweden), adding pearl and diamond competencies in 2010.

Early in her career, she gained notoriety, winning (2015) and placing (2016 & 2017) in design competitions hosted by the Norwegian Association of Jewelry Designers (NAJD). Ina has also exhibited her work at the Norwegian Goldsmith Association (2014) and the Norwegian Parliament (2017). This year, she won the 2018 NAJD Design Competition.